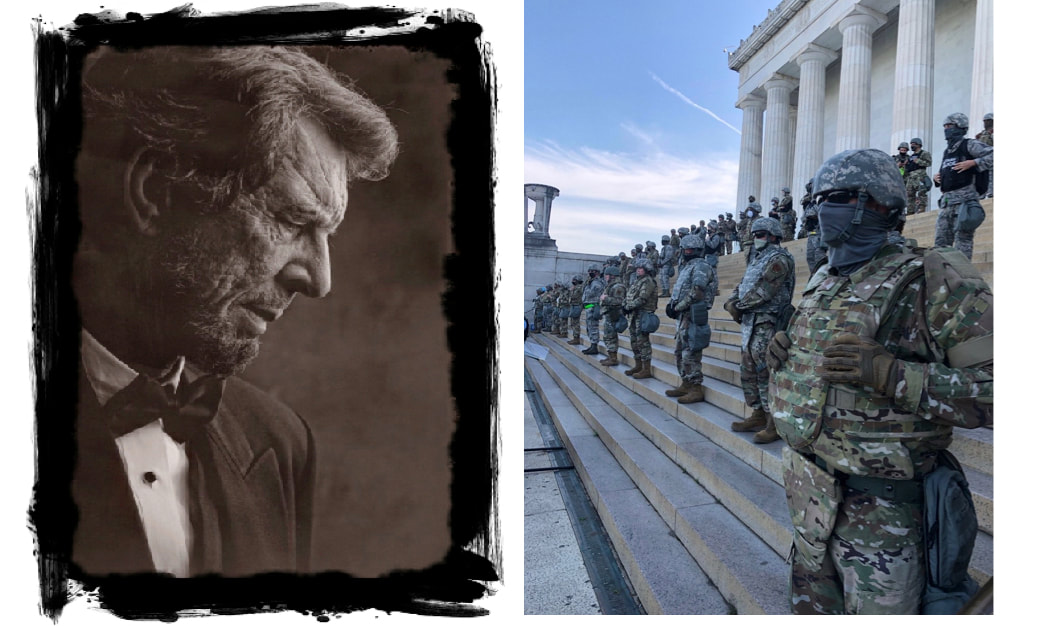 Abraham Lincoln joined us to look

at where our nation is in its 244th year

Black Lives Matter, Quarantine, a seemingly irreconcilable split between Trump and most of the nation.
Has there ever been a time as hard as this in our history?

Abe Lincoln presided over a time much like ours in its challenges and chaos. On July 2, we heard him reflect on this. We were fortunate to have Steve Holgate, one of our nation's most accomplished Lincoln portrayers, join us at our July meeting. I came to know Steve as we worked together on the Obama campaign. He brings a lifetime of experience to his portrayal of Lincoln that allows us to see the complexity of this important influence on our nation. We are now trying to define the role of history in our world view. Hearing Lincoln's words adds one more dimension to how we go forward.

Stephen Holgate is a fifth-generation Oregonian who served as a diplomat for American embassies in France, Madagascar, Morocco, Mexico and Sri Lanka. In addition to his Foreign Service posts, Mr. Holgate spent several years as a congressional staffer; headed a committee staff of the Oregon State Senate; managed two electoral campaigns; acted with the national tour of an improvisational theater group; worked as a crew member of a barge on the canals of France; and lived in a tent while working as a gardener in Malibu. He is an author whose third book, Sri Lanka, was released this spring.

Rachel Prusak and Courtney Neron joined us to review the outcome of the Legislature special session and talk about ways to get involved as we shape what is happening locally and in our nation.
Zoom instructions and tutorial here